Essential Listening: The Best Albums Of 2016

For progressives (a term I loathe personally, as it implies – and it most cases applies – a self-righteous monopoly on the truth) 2016 may well go down as one of the worst in recent memory; Brexit, Trump’s unfathomable election, far right ideas steadily seeping into increasingly popular centre-right establishment politics, with Prince, Bowie and Cohen departing. Despite all that it was a good year for music, with pop music in particular continuing its creative renaissance. This abundance of creativity seems to contradict the impression that we seem to be drifting towards a norm of conspicuous displays of atavism, jingoism and other modes divisiveness masquerading as a popular vogue of neo-conservatism. However, it’s completely logical this disparity should exist – with social media the opportunity to admire something artistic is ubiquitous, because you can do so in private. Nearly all of us access a social media platform now, and as such there’s an ever increasing demand for digital consumption, diversity and stimuli. Choice, even if it is of Pokemon Go apps, is required. And while it encourages hypocrisies and myopia, the internet gives us the distance necessary to consume what we want, how we want. At best it can blunt prejudice, or render it a secondary concern. To use a crude example – it allows homophobes and anti-Semites to enjoy that new album by a homosexual Jew. They may have to keep it private from their peer group, but this access means that the attempt to segregate or denounce the artistic merit of something through social definitions and political contexts should, in theory, become more difficult.

Perhaps that’s scant consolation to you – particularly if you believe any digital trends or zeitgeists are ineffectual compared to movements fuelled by physical or political intent – when you observe the greed that’s driving the gentrification of your area, the government is trying to censor porn sites (which is tantamount to a declaration of war against the rights of teenage boys) and is (okay, they definitely are) spying on you. For all its virtues, digital media simply won’t solve any of this, or the dire effects of materialistic consumerism prevailing over modes of altruism. While all this paints a bleak picture for all of us, no matter what we believe, we can say that, in the case if music at least, creativity and choice aren’t being extinguished or sanitised, we just have to accept that the majority of it, from this point on, will be consumed digitally. Is this a good thing? I have no idea, nor does anyone else.

Anyway, where was I? Ah yeah, my choice of the best albums from 2016. I started with a gargantuan list in a weak attempt to champion my Catholic taste, but if you want one of those expansive overviews then all the dedicated music websites will have theirs. The Quietus’ top 100 for instance is well worth checking out, mostly because nearly all of my choices appear on it. Lazily I’ve decided to stick to ten. I’ve picked them not only for their quality, but because I suspect I’ll keep returning to them throughout the rest of my life. Timelessness of music isn’t its test – it’s whether an album’s continuously worth more your time. I must confess I did help myself by checking the play count of each of these albums on my iTunes account, invariably they were the highest. The list arrives in alphabetical order, but I will say that “Blond” by Frank Ocean was clearly the best thing released in 2016 that I listened to. There’ll be stuff I missed, no doubt about it, and while that fact used to bother me, now it heartens me greatly. There simply isn’t enough time to get through all these choices, and may it continue to be so. 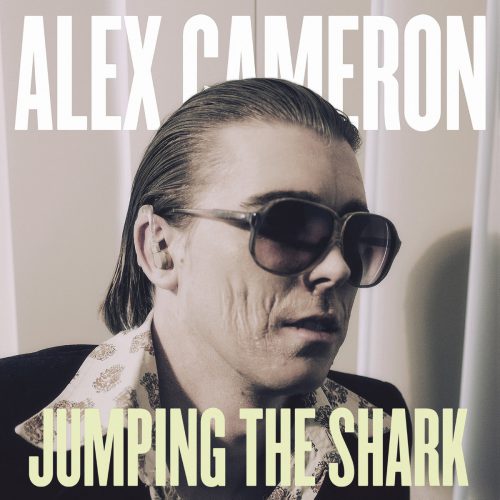 The album cover, with its dull palette and gaunt caricature of a washed up TV show host, is a deceptive façade which belies the lyrical humour within the songs. However, it does faithfully represent Cameron’s penchant for embracing the method, throw in his catchy minimalist synth pop cavasses, intentionally dreadful videos and you can’t go wrong. And yeah, I know, it’s cheating, as it’s a reissue that I’ve placed on this list as self-serving absolution for missing its original release in 2014. Bottom line – buy this man’s album, he needs the cash and by heck is he working bloody hard to get the attention these songs deserve.

It’s a double album of (mostly) industrial techno bangers. On repeated listens other genres have appeared amid its disparate flow and persistent abrasiveness; grime, breakbeat and dubstep, and the soundscapes wield suspense and drama. The album’s final side is my favourite. How to describe it? The best I can do is an austere surgical sounding ambient brand of techno that somehow feels warm and welcoming.

It was best work since “Station to Station”. Only after his death did all of its allegorical nods to his mortality and his sarcastically retrospective musings on the nature of his fame, particularly how his career and he was perceived, finally resonate as intended. That’s the paradox and abstractness of Bowie as a cultural figure; he had so many identities and assumed so many characters that we didn’t view him as real or take these voices literally. Always the avant-gardist Bowie abused this expectation, going 180 on it with “Blackstar”, and gave us a fascinating insight into how one of the most intriguing artists of the last hundred years tried to come to terms with a terminal illness. It’s just a shame that it’ll be his last album.

They’re still at it, fighting the good fight against the cultural sterility, convention, cynicism and vacuousness that can invariably lead to a lot worse with rancorous humour. Through their spontaneous behaviour and lack of material ambition this lot can give the impression that they don’t care, or some may accuse them of having concocted their own brand of forced eccentricity. Nonsense. Just listen to ‘Hits, Hits, Hits’ when the guitars go sonic, or ‘Tinfoil Deathstar’, or the Orwellian dystopia of ‘We Must Learn To Rise’, and then tell me that this bunch are just, just hedonists having it, meandering from one bong hit or cook up to the next, and somehow managing to find time and energy to make some music now and again.

As I wrote here, it’s a perfect aesthetic for our times – certainly uncertain of itself. But that doesn’t apply to Ocean, we can’t define what he or this is, but we can be certain that this is his sound. The increasing frequency of harmonic dissonance in Ocean’s approach is a preoccupation with seeking a symbiosis between sound and the innate ambiguity in trying to comprehend identity. Conceptually this strikes me as hard to pull off, but he manages to achieve something endlessly beguiling through ambition, scope, with disarmingly dry humour and intriguing scenarios obscured by utilising anonymous perspectives. 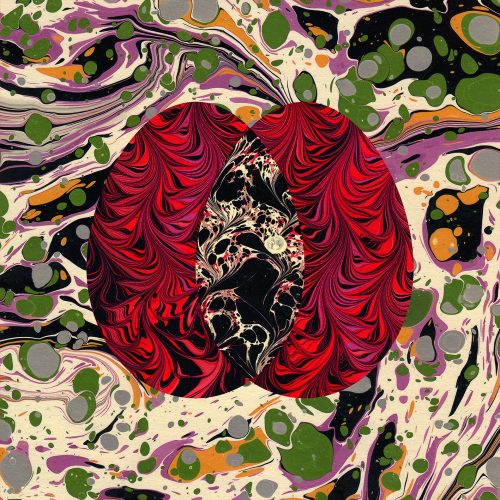 The melody makers are at it again in their contemporary psyche-folk idiom. Dense string arrangements intermittently fuse with synth and drum layers, essentially their salubrious chanting is reimagined within a Madchestery aesthetic so popularised during the early nineties. 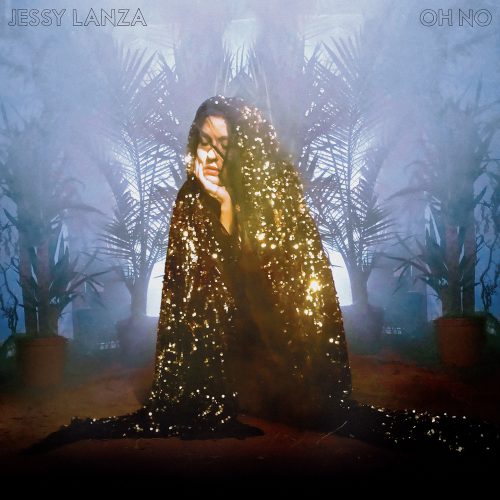 The best pop albums offer a spectrum on the genre, this one has breathless ballads, floor filling beats and soul-fluff eighties pop, and they’re all catchy as fuck. I’d put it up there with Kelela’s debut album from a couple of years ago.

Leonard Cohen – You Want It Darker

It’s not “Dear Heather”, “Various Positions” or “The Future” but it does add to Cohen’s immense status and body of work. His core of fans will buy it without hesitation, but, if you’ll forgive me this morbid angle, my hope is that those who have yet to delve will be significantly intrigued by the convergence of his death with Trump’s election as US president and peruse his last release to see what the fuss is about, then use it as a gateway to his back catalogue. And, to answer the title of the album, yes, it appears many of us do. Lenny, even to the end – his withered and distressed voice flaunting his mortality – couldn’t be anything other than candid, playful, acerbic, prophetic and above all insightful.

In the opening track of the album, ‘Jesus Alone’, after citing examples of dismal human decadence and despair Cave coos, with a wounded air, ‘with my voice, I am calling you’. After this it’s extremely easy to contextualise the album’s sombre and distressed sounds and imagery of suffering, unease and longing as indicative of his mood at the time and as a form of therapy wielded by him after the tragic death of his teenage son. However, this interpretation mistakes its subliminal message; one of hope and redemption no matter what.

‘That’s Not Me’ and ‘Shutdown’ primed Grime for a wider audience. The question was could he deliver a long player that could do the same? If there’s any justice or sense in this world then the answer is an emphatic yes. It’s furious, fun, and the forty plus minutes simply blows by. Thankfully you can hit repeat, and you will.

So, that’s my list, and I’m sticking to it even though I know full well I’ll probably change my mind relatively soon. Perhaps it’ll be as a soon as next week when I’ll post my favourite tracks of 2016? It’s been a shite year for a lot of people, myself included, so the very least we can so is try to be nice to everyone over Christmas. Peace and love, even to the dove from above when it shites on you.

Wichita Lineman Was A Song I Once Heard. 'Mediocre blogger and a piously boring and unfunny writer'. Enthusiastic purveyor of the KLF sheep.
View all posts by Wichita Lineman Was A Song I Once Heard →
This entry was posted in Essential Listening and tagged Alex Cameron, Autechre, Blackstar, Blond, David Bowie, Elseq, Essential Listening, Fat White Family, Frank Ocean, Furfour, Grumbling Fur, Jessy Lanza, Jumping The Shark, Konnichiwa, Leonard Cohen, Merry Christmas everyone, Nick Cave & The Bad Seeds, Oh No, Skeleton Tree, Skepta, Songs For Our Mothers, The Best Albums Of 2016, You Want It Darker. Bookmark the permalink.