The link between the Charlie Hebdo massacre & Ched Evans, did I get it right? 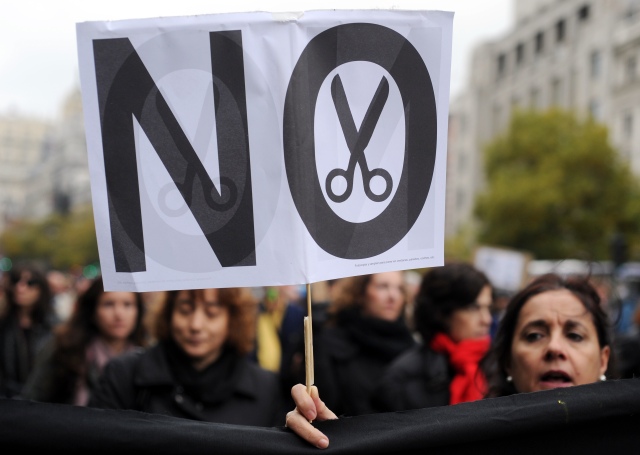 I’ve been asking myself that one more than usual since I wrote this article, in which I linked the futile attitudes and beliefs that motivated the imbeciles who committed the Charlie Hebdo massacre to those who are actively trying to stop Ched Evans from playing football.

I did make my point, or rather points, clearly, but did I make them as effectively as possible?

A large part of writing an article, other than it being an intellectual exercise (yes, it’s always about me), is to entice people to read it, and even better, consider its points. I’m not arrogant enough to believe it or anything I write will change anyone’s opinion. Still, it might, but if it doesn’t at the very least it confirms that the reader has the ability to consider another point of view, meaning you avoid accusations of reaching a position that’s been informed by myopia or indifference.

Given some of the reactions to my piece, or rather the immediacy of their revulsion and anger, suggests, that in some cases, I failed to transcend this barrier. As it’s always important to practice what you preach, I should question why that is.

Clearly the headline played a large part. Asking people to consider such an extreme and provocative juxtaposition as viable is tricky to begin with, doubly so on an emotive issue, throw in incendiary terms such as stupidity, and well, why would you bother? Who wants to be told that they’re being stupid and intolerant?

Now that reflects on their inability to tolerate an opposing argument when it’s made robustly, which suggests they tend to avoid material that encourages self-criticism, but it also reflects on my abilities, or lack of, as a writer to consider their perspective. We’ve observed that being a shitty provocateur defeats the purpose of having a contrary opinion. Just look at cunty contrarian cunt Piers ‘po-face doughface’ Morgan, nobody takes him seriously.

A diplomatic headline would’ve increased the chances of the content resonating. This opens up the central question, is capitulating to dogmatically entrenched views the right approach? Is it better to assume a tacit tactful tone and be read, or adopt an uncompromising acerbic one and not be?

It’s best to take this on a case by case basis, but in this case, yes, in retrospect I think diplomacy would’ve been the better choice. I shouldn’t have suggested people were stupid for stopping Ched Evans from playing football – they’re free to do this, as is anyone to protest in a non-violent way against anything they dislike – what is and was stupid is trumpeting the belief, as the main justification behind it, that stopping him from playing football will reverse the insidious erosion of victim’s rights and shortened prison tariffs for serious sex crimes.

This method of localised, and in Ched Evans’ case, targeted dissent aimed at an individual is part of the wider culture of complicity, as it has played a significant part in allowing Ched Evans to be released so early. He’s a symptom of our selective apathy to important issues, and being faced with that isn’t pleasant. The aversion to his presence in the ‘public eye’, from this perspective, is entirely hypocritical. Strip away the surrounding narrative(s) and unpleasant details of this his crime and his insistence that he’s innocent, and there’s a delicious irony to how and why he’s been treated as he is.

Just as the ‘War on Terror’, and its dual opposite, ‘Terrorism’ are a multipurpose lie developed to afford everyone (Islamists, Islamophobes and all brands in-between) the chance to believe in them without having to question the validity of their construct, we too can tell ourselves that stopping Ched Evans playing professional football is a solution. Both examples are a mode of absolution, subscribing to these narratives doesn’t involve changing anything. They are superficial conceits that inculcate the idea that it’s more important to appear to do something constructive, which, in effect, isn’t constructive at all.

And so we come to the relevant (and better) comparison that I should’ve made in my previous piece: the prevailing hostility towards austerity and our complicity in its creation. The trite claim is it’s a legacy of the deregulation of the banking sector, sure, it is, but that’s only the how, what about the why?

The myopic treatment of Ched Evans and the myopia of the Charlie Hebdo killers are dogmatic affectations of a prevailing attitude (adopted by almost all of us) that’s lead to British politics being destroyed by our allegiance to party, where a party’s name, not what its policies and actions stands for, is all that matters. In practical terms, this leads to the main UK political parties forming a hegemonized, atavist right wing consensus that much of the populace feels trapped into voting for.

Indeed, all the main UK political parties have adopted austerity as their mantra as we don’t have the means to challenge its implementation. Instead we’ve chosen to bog ourselves down with distractions granted to us; celebrity tax avoidance, MP’s expenses and banker’s bonuses, more symptoms, more absolution.

After the referendum on Scottish independence we saw a raft of people joining the SNP as members. Momentarily I thought about doing this, but then the hypocrisy of being a member of any party struck me, as a formal allegiance to a party is a considered concerted attempt to elide impartiality. Even though I believe independence from Westminster is a necessity, as it is one of the few remaining routes to possible change and the UK political system can no longer be salvaged into anything meaningful, I loathe the idea that I have to compromise impartiality of thought to achieve this. To pick one example, I find SNP’s stance on nuclear energy to be pig-headed. If another party strove to achieve a substantial and lasting transfer of political power to Edinburgh, with a less dogmatic strategy on this issue (and others) I’d like to be able to freely consider it. Therefore, I shall only remain an SNP supporter – pats self on back.

Becoming a party member requires more than just policies, it needs narratives to justify allegiance, and these are often reduced to a simplified cogency at the expense of policies. As we’ve seen happen with many Labour supporters this can be seriously destructive. They continue to support the party, even though ideologically the party no longer represents many of their beliefs or wishes, and hasn’t for some time.

Case in point, last week nearly all Labour MPs abstained from voting against the universally unpopular Fracking, following the party line (not the wishes of electorate that could put them back in power, you’ll notice), and they’re considered to represent the mainstream left in this ‘country’. The Labourites said nothing, and really, what could they do but reach for absolution, either by pretending it didn’t happen, or by pointing out once again that the Tories are worse?

We’re in massive trouble, and many don’t seem to realise it through choice. Still, you live and you learn, unless you don’t.

Wichita Lineman Was A Song I Once Heard. 'Mediocre blogger and a piously boring and unfunny writer'. Enthusiastic purveyor of the KLF sheep.
View all posts by Wichita Lineman Was A Song I Once Heard →
This entry was posted in Politics and tagged Austerity is a lie, Being right, Being wrong, Charlie Hebdo, Ched Evans, Fracking, George Orwell, I'm with stupid, Intolerance, Me being all pious again, Not very modest am I?, Our culture of self-delusion, Politics, Rapists, SNP, Stupidity, Terrorism. Bookmark the permalink.