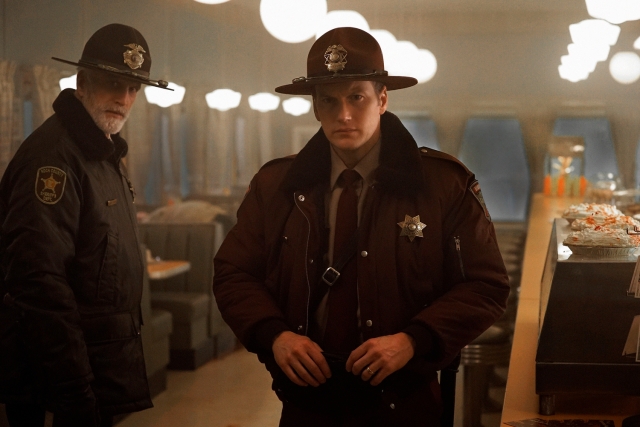 First, a confession – I only finished watching both seasons of Fargo the television series this week. Had I read the reviews, which I don’t, yet in partial hypocrisy I’m writing one here (partial, as nobody will read this), I likely would’ve done so much sooner. While Fargo was remade, and in this case successfully reimagined, in a different format, tinkering with anything unique that already worked so well is, in my mind, inextricably linked to the current movie industry’s tiresome penchant for shitty remakes. Given the paucity of originality currently being transferred on to the big screen the last thing I wanted was to see was this culture of creative dearth, and laziness, creep into TV. So Fargo, the television show, didn’t get the benefit of that doubt for that reason alone.

Plus, when the movie Fargo came out in the mid-nineties I hadn’t seen anything else like it, how could it be done better? Sure, plenty other movies of the time incorporated black humour, but Fargo showcased it within human nature’s hedonistic predilection for devastating acts of savagery and fused it with Mother Nature’s nihilism. It distinguished itself tonally, with a pervasive sense of dread, emboldened by it being set during bleak midwinter. This dread accrued during the scenes where the earnest characters were speaking and behaving as so. You laughed at their strange Minnesotan and North Dakotian twangs and idioms whilst waiting for something bad to happen, and then you laughed when it did, as placed in these placid but barren contexts, the ultra-violence felt sudden, and a combination of surreal and slapstickish because of it.

Even the most sceptical, like me, who watched season one of Fargo the television series would’ve come away impressed that it managed to retain the original film’s peculiarity, intrigue and humour over ten episodes. Better yet the additional scope of more screen time allowed the writers to develop a substantial narrative around Lester Nygaard’s metamorphosis. Billy Bob Thornton was terrific as Lorne Malvo, the psychotic, arrogant and ingenious hitman with an obsessive, but altruistic, interest in correcting human psychological weaknesses brought upon by sociological conditioning, using Nygaard as his latest test subject. Martin Freeman made Lester Nygaard’s transformation from meek to Machiavellian seem plausible despite all the early evidence to the contrary. 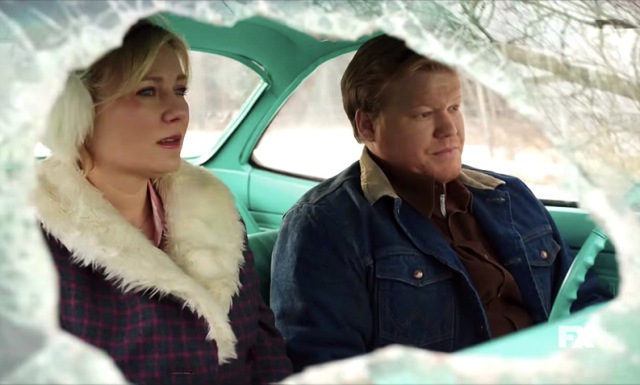 With season one a massive success and the narrative arc completed in line with the original movie, I was curious to see what season two would be. My initial doubts were assuaged by the quality of the writing and acting on display in season one, but then another arrived. The problem with TV shows is that when they’re successful, they’re compelled to make more episodes. Very rarely does the collective mass; the showrunner, production company and network, put the artistic sanctity of the show before the opportunity to make more money. There are exceptions, Rubicon for example, though perhaps it didn’t attract enough viewers and I’m a sucker for the spy genre, but most don’t. Take True Detective, it followed up one excellent season with a second that, while not unwatchable, was a muddle, and at times scarcely believable, with a convoluted plot that felt crammed within the confines of the eight episodes that so suited the first season.

Thankfully the second season of Fargo has avoided such pratfalls, impressively building a prequel around a conversational anecdote from Lou Salverson, who is a supporting character in season one. It also retained and transposed the intrinsic tonal elements and ingenious writing that is ingrained in the brand’s mythology and is its trademark.

Because the second season of Fargo is an entirely original piece, the writers had more artistic licence to create an odder veneer. It contains more surreal, hallucinogenic events, and due to it being a period piece, set in the late seventies, which like Mad Men before it, it contains many of the now considered antiquated mores that were common of the time. Male chauvinism is wielded as a running joke and heavily parodied after Floyd Gerhardt takes over the family crime empire. Often it is said among the mobsters trying to possess the Fargo territory, ‘she’s just a woman’ which, if it was the standard of time, would only need to be implied. This is a mild puncturing of reality to play to the audience, while others are far more peculiar; flying saucers affect events, and a self-psychological evaluation conjures a psychotherapist before us, and at a moment of probable crisis. That the real and the surreal mingle more freely makes things more interesting when you don’t know what will happen next, and overall, these unexplainable events are just ‘so Fargo’.

Where season two really takes a step forwards from season one is due to the volume of them, all of the characters retain an arcane quality. You’re given snippets here and there of their family history, hints at personal grievances and motivations, even shown flashbacks in history to partly explain why they are who they’ve become, but this isn’t enough, and it leaves you yearning for more detail, or applying it yourself. One wonders, for the purposes of season three, if this was done on purpose? There’s similar scope to centre a new series on a specific period or events from the pasts or futures of Mike Milligan or Hanzee Dent, as Lou Salverson’s past provided in season one. And who wouldn’t want to find out what happened and happens to Mike Milligan or Hanzee Dent?

Lou Salverson and his family history has now become an essential part of the show’s lineage, but their domestic misfortunes are the least interesting facet of the show because, provided you watched season one, you’re already aware of what happens there. It’s Salverson’s and Hank Larsson’s intrigue as to what really happened to Rye Gerhardt that, along with the Kansas City mafia’s insistence on acquiring the Fargo territory, drives the plot and intertwines the fates of all the characters. 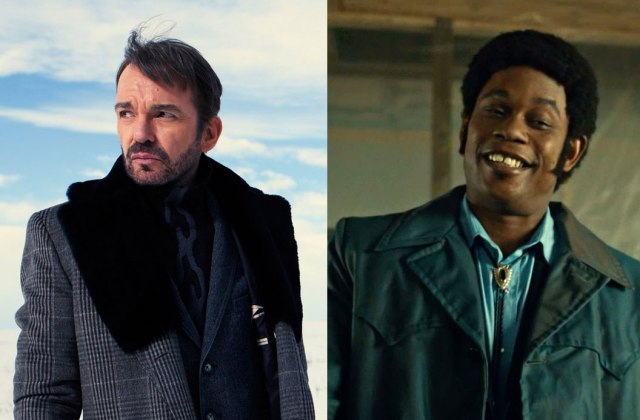 The Gerhardt crime family borrow from the Fargo template of clownishly psychotic criminals. And let’s face it – watching fools or vile characters unwittingly conspiring to seal their fates is highly amusing. It’s the crucial difference between how you view the two surviving Gerhardt heirs; Dodd, a self-entitled, arrogant imbecile who you’re inclined to view unsympathetically, and Bear, a brooding morass of misplaced loyalty and latent rage, is looked upon with pity. Meanwhile, the enjoyably annoying Peggy and Ed Blumquist are the kind of dissatisfied simpletons who might end up on Jerry Springer in an attempt to chase a vacuous dream life. Peggy and Ed and their journey throughout the series is clearly analogous with Lester Nygaard’s awakening from accepting that his drudgery and mediocrity is innate and therefore destined. That Peggy’s initial ambition ‘to do better this this’ is, in itself, uninspiring, and amusing, as is Ed’s increasing hubris with every accidental success and near miss that builds his equally fallacious legend as ‘the butcher’.

But not having Milligan around is a real loss. He recites passages from Jabberwocky throughout the series and in a tense exchange with Salverson he offers the best characterisation of the subtle form of hostility he’s received since his arrival in town.  After being questioned by Hank Larsson earlier that day he opines ‘I like you. I met another fella from Minnesota yesterday. A big guy. Sheriff, I think. I liked him too’. ‘We’re very friendly people’, replies Salverson, before Milligan, with an air of playful authority that just stays on the right side of being overtly threatening, ups the ante, ‘No, that’s not it. Pretty unfriendly, actually. But it’s the way you’re unfriendly. How you’re so polite about it. Like you’re doing me a favor’. It’s particularly hard to make a scene as tense, engrossing but unsettlingly suffocating as witnessing a group of Furries grinding to ghastly auto-tune pop at one of their harmless conventions, but they managed it here, and Fargo is full of similar sequences. The eloquent Milligan assumes much of the intelligence and insight displayed by Billy Bob Thornton’s turn in season one, while Hanzee Dent is as heartlessly ruthless as Lorne Malvo. That the writing team of Fargo can recreate this content in other characters bodes well for the show’s future.

A third season has already been ordered, and given that there’s now two seasons of evidence makes it far more of a certainty that we’re in for more great writing and acting. The only downside? We’ll have to wait until 2017 for it to air. It now makes me wish I had waited a bit longer to watch the first two seasons.