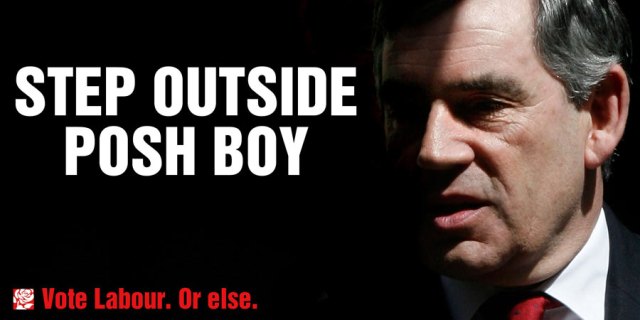 Being as I am, I always try to look for the best in folks, or in anything, before the evidence to the contrary makes that an impossibility. You could imagine Hitler and Stalin being decent company, especially if you had a curry and plenty of booze on the table. However, inevitably an uncomfortable silence arrives, a cheap joke about something banal; how James Corden is an unfunny twat, how pointlessly shite and ubiquitous Ant & Dec are or that the next Live Aid concert is going to be complete balls, again – fails to alleviate the agonising silence. All you’re left with is the realisation that separating the perception of an experience in the private sphere, from public, culturally encompassing, facts, cannot and should not be done so glibly.

This brings us to the Labourites, especially those we can crudely describe as belonging to the left. I’ve been watching The Wire again, so, as a prefix, I’ll quote Brother Mouzone, ‘let me be empathic’ – they cunts need to fuck off, right now, all of them.

Not for a moment do I think scorn is a fair, constructive, helpful or reasonable stance, but then neither are the Labour party or its fanatics in the current context. Of course, in a democracy every person has the right to campaign for whatever party or policy they deem to be most beneficial, and vote for whatever party or candidate they wish, be it for altruistic or individual reasons. What makes the vote Labour recruitment drive so galling is how brazenly disingenuous it is. Through selective myopia, ignorance or even indoctrination, these Labourites, mostly relatively affluent, and largely unaffected by austerity and public service privatisation they so claim to loathe (present and to come), are actively attempting to confine the thoroughly pornographised and politically commoditised foodbank users (by just about everyone, it has to be said) into perpetual condemnation, by encouraging them to vote for something (Labour) that clearly doesn’t and won’t ideologically change the form of capitalist fascism that pervades Westminster’s political hierarchy and is causing them so much damage.

And yeah, the excuses are plenty. British politics is a complete shambles being first in line. It’s devoid of scope, ideas and the descent into its central right morass underpinned by a reverence to petty tribalism, pervasive in all echelons, and historical voting precedents. That’s the why. The politicians, rightly derided as scum for being motivated by self-interest, aren’t to blame for this. Mediocrity attracts the like, they’re all chancers and parasites like cowboy builders or the bankers they continue to embolden and defend – birds of a feather and all that. Allow something to fall into disrepair and it’ll attract rust, allow food to go stale and it’ll attract mould. Give Thatcherites, who carry the screw-you-over aspirational meme (or is it now a gene?), the platform and climate where it’s expected they’ll privatise and demonise, and they’ll latch onto it and take it for all they can. They’ve been given that chance due to the belief that this repetitive, cyclical, narrowed political hegemony is an indigenous and intrinsic element of our culture, and worse yet, that it works.

The fanaticism of Labour left supporters has been of particular interest to me, especially those who display a wilful ignorance of the current political context and the eventual and inevitable consequences of their allegiance. Even as it plays out in front of them, they remain steadfast that this is the only way. The delusion is an epic mantra of clichés; vote Labour, the Tories are worse, this UKIP thing will pass – yet their support’s getting bigger, why is that? We won’t let them (Labour – interesting use of them) privatise the NHS – a process which Labour happily continued while in power? Why won’t Labour continue where they left off? Once in government we’ll pull Labour left – they didn’t listen when out of power, so why would they when fortified by being elected? They spew this bollocks even though the Labour party has been incrementally reaching right with each term to appease and appeal to the atavistic minority, and yet, they’ve continued to enable Labour’s migration by supporting them. 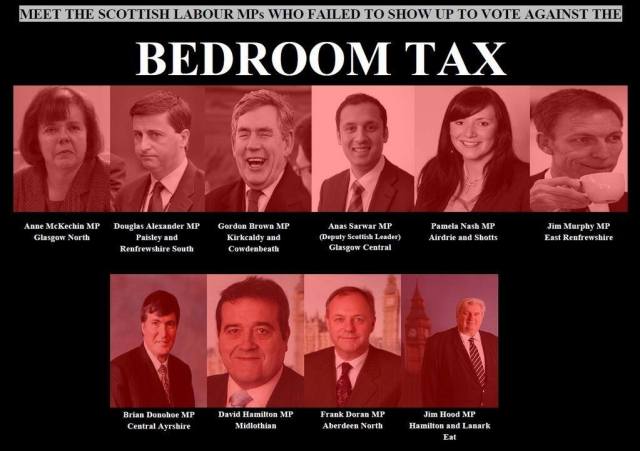 This shitty vote Labour and drag it left groupthink has been around for a few years. Now with the General Election only six months away it needs to as obtuse as it possibly can. Worse yet it’ll probably work – by default. For Labour and the Conservatives, getting the majority of people to vote for them requires no effort whatsoever. All our days we’ve had the rhetoric drummed into us, you must a) vote and b) make your vote count, and when it comes to General Elections there are only two choices if you want it to. The subliminal message is quite clear, don’t think differently, eschew imagination, this is the best we can do and you should just accept it. And the Labourites are continuing to uphold that ruse, they’re parroting the empty promises of their superiors – this is the only alternative to change, and that if you want it you have no choice but us. It isn’t change of course, just superficial variations of a sleight theme.

And here’s the thing, there are other real themes, plenty in fact, to the left you have the Greens and Socialists, in Scotland and Wales you have the nationalist parties, if that’s your thing. There’s the centre right triumvirate of shite – Lib Dems, Labour and the Tories, and the ghastly trio of UKIP, Britain First and the BNP, in order, heading right towards Oswald Mosley. When it comes to Westminster, none of these parties represent a centre left dogma on the spectrum that encompasses the whole of the UK, and so it begs the question, instead of showing allegiance to and maintaining the mystique of party, in the hope of permeating it, why not abandon it and create a new one that adequately represents your core values. Why compromise? Why capitulate so easily?

Especially as there is now a growing demand for a centre left alternative to fill the void. Recently polls have suggested people, mainly young’uns, are beginning to question the necessity of the conventional voting etiquette. The Labourites don’t want any talk of change though. Despite all the Tory cuts and failing austerity, privatising and shameless money laundering in broad daylight, despite all the snide demonising, the attempt to eliminate the Human Rights Act, Labour, and their plans, have sounded so fecklessly similar, that their lead over the Tories is still negligible. So of course they’ll claim the fervour created in Scotland by the independence referendum won’t translate to the rest of the UK. That’s ‘just a flash in the pan’, and why not? They’re hurting as the SNP wave up north has utterly decimated a once traditional Labour stronghold, by representing many of the values that they used to. There’s suppressed envy there. Yet they dare not renounce the faith, because look, UKIP’s rise in the shithole towns around middle England is the imminent danger to them regaining power, in the form of a potential Tory, Lib Dem & UKIP coalition. To the Tories and Labour, the focus is entirely on winning the ‘disenfranchised’ UKIP vote, convinced it’s a minority utilising a protest vote, as it’s all they have left to squabble over, and everyone else suffers the consequences as a result. In no way shape or form did Labour’s inability or unwillingness to take a different tack and actually return to some, not all, of its old core values enable this scenario. Nope, it was those Tory bastards, who, as it happens, haven’t changed since Thatcher.

Now desperate, we’re hearing the Labourite calls for unity, whatever the fuck that means. To us in Scotland, that means saying we’re Better Together, and toadying and teaming up with the Tories to ensure it, and then making sure Scotland gets shafted later with the fob-off fiasco that was the Smith commission. In light of this it was highly amusing to see one of them attempt to convince me, a Yes voter, though that no longer matters, that I should vote Labour. Sure, it was a feeble attempt. They, there were two of them, trotted out the usual insipid patronising dross, ‘vote Labour as they’re [the Tories] far worse’. I pushed for a better reason, or reasons, and none were forthcoming.

And then it dawned on me, if the Labourites are pushing for unity, then the solution is the opposite, innit? What politics needs right now is more discord, not more harmony. It needs to be fractured into an endless slew of possible permutations, of options, where ideas and policies come to the fore and become the distinguishing realities of choice. Then we’ll get a true idea of what people actually want, not just from politics but from political parties, and from there a consensus and better, more accountable, representation in power. No doubt someone will shove UKIP in my face as an example of discordant politicking, of a punking instigator aiming a shot across Westminster bows, but that narrative is total shite. They haven’t done any punking to get attention. They stood on a pre-packaged soapbox of issues, a result of the steady, insidious demonization of soft targets by the political and media conglomerate. Emboldening UKIP is just yet another means, another scare invective to induce apathy and resignation in the voting populace and maintain the current gridlock of futility. While UKIP’s an entirely cynical entity designed to play on a disenfranchisement that has always existed, most sickeningly it’s their opportunism and recognition of the desire for another alternative, however mean-spirited, anachronistic and bigoted it is, that a type of voice, one that encompasses inclusiveness, altruism, fairness within a more strenuously regulated capitalist footprint, could exploit if they weren’t so cowed by antiquated allegiances to party and a bygone system that’s been thoroughly corrupted.

But yeah, fuck all that, think small, think short term, as a genny election is a comin’, the Tories are bastards, so if you want change, don’t think, just keep voting Labour. Things can only get better, right?

1 Response to Labourites are shite.