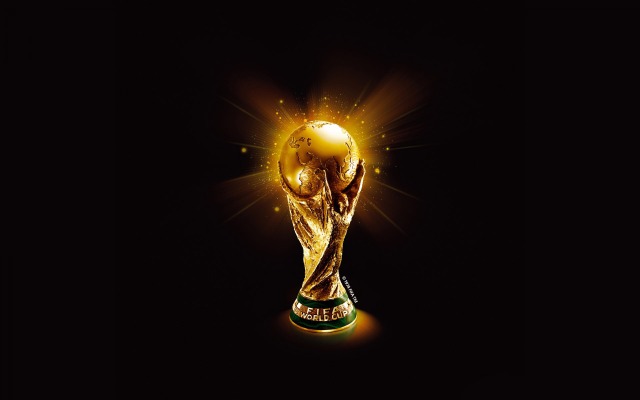 Well wouldn’t you know it, my predictions came to fruition.

I’ll confess, it was bittersweet, as I didn’t have money on it. But as I always say, you can’t lose what you don’t gamble. Just know this, if I put money on the semi-final predictions I make here, they’ll be completely wrong. The lesson to be gleaned from this? When you’re clueless, don’t gamble, unless you’re desperate.

Anyway onto the match-ups: 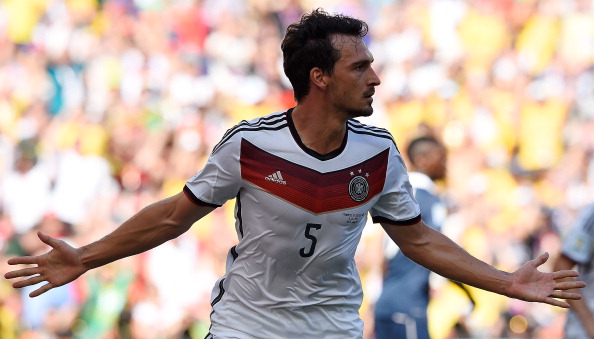 International fixtures don’t come any bigger with eight World Cup wins between them, though none of Germany’s three have come since reunification.

Germany has made the semi-finals of every major tournament since 2004. Quite a run. Someone pointed out on Twitter, disparagingly, that they were ‘the Mourinho of international teams’. Slightly unfair all round, but funny nonetheless, and as I dislike Jose Mourinho and his ‘shit on a stick football’ © Jorge Valdano, I have no motivation to be fair or balanced here.

Speaking of fair and balanced, that was Germany in their win over France. Finally we saw Lahm start at right back, with Khedira’s hard running restored to midfield. Jogi Low sensibly dropped the agonisingly slow Per Mertesacker against a French side that looks to spring in the behind the high defensive line Germany look to play. France didn’t create much, and even better didn’t look like creating much.

The good news continues for Jogi. Mats Hummels is fit again, and he replaced Mertesacker and scored the winner. The day was quite a boon for Jogi. He also took my advice of starting Miroslav Klose, saving the pace of Schurrle for later on. Schurrle should’ve sealed the game late on, but as he’s average, he didn’t, missing a sitter. Now if Jogi (sorry to keep repeating it, but that’s a great fucking name) could just drop Howedes and play Erik Durm I’ll have to stop moaning, as they’ll be playing their best possible team.

Sadly I will keep moaning, because, well yeah, Jogi Bear probably won’t and this German side’s attacking potential is limited by Marco Reus’s absence. It was evident against France. Surely Reus would have done more damage with the space that was afforded to Gotze and Schurrle on the counter attack late in the game. In fact, so would Julian Draxler, why hasn’t he been given a chance yet? Tired legs would find his long range shooting, pace and dribbling hard to contain.

Speaking of injuries it’s a shame that Neymar’s now injured and will mess the rest of the tournament. While it’s not nice, you can accept a player pulling up lame with a muscle pull or tear as these things happen, but that Neymar is missing due to a callous assault is a real pisser. Also a real pisser was the dullards on Twitter celebrating his injury, especially when you have no allegiance to Colombia, and it was entirely for vacuous and petty reasons, such as ‘I don’t like him’, (you’ve never met him) ‘he’s overrated’ (how is this his fault?) and ‘he has a shit haircut’ (okay, you’ve got me there). I mean he’s not some genuine proven twatcunt like Wayne Rooney or John Terry.

And yes I know I’m being hypocritical as I disparaged the country of Belgium and Belgians for eating Beavers, but that was in reaction to the airheads who lovingly parroted the misnomer that Belgium are a good side. They have one top player (who didn’t really perform), a good goalie and a slightly overrated but still decent centre back, the rest are bang average. We had people claiming they were a threat to win the tournament. Some of these people were no doubt Belgian, so they deserved to be mocked.

PS I love Jacques Brel, and Audrey Hepburn was dead stylish so she was.

Back to Neymar. That he was put out of the tournament by a shocking, I hesitate to call it a tackle, it was nothing of the sort, let’s just call it a ‘challenge’, is bad enough, that the referee didn’t even book the perpetrator Camilo Zuniga was equally egregious. That Spanish ref won’t be taking charge of any of the final four games remaining, right? Oh wait, it’s FIFA, they’re fucking incompetent. He’ll probably be awarded the final and make a complete cunt of it, just like Howard Webb did four years ago.

Now the big question, what does Phil Scolari do with Neymar out? He’s their top scorer and the worry is Brazil’s attacking options now look anaemic without him. You’d hope Scolari would move the nimble footed Oscar infield and play either Willian or Bernard, both natural wide left players, on the left. But why do I get the uneasy feeling he’s going to keep the decidedly, perpetually, dogshit Paulinho (his favourite, and a sign that Scolari has early stage dementia) in the team, and restore Luiz Gustavo (suspended against Colombia) alongside Fernandinho, liberating (shakes head) Paulinho to get forwards. That would mean playing three central midfielders to counteract the German strength, its midfield three and its ability to maintain possession.

Some might suggest that it might be the right approach. But some said that this same approach would benefit France, and that didn’t work out either, and with Neymar gone, France probably had a better attack than Brazil will field in the semi-final. Maybe if David Luiz keeps scoring goals like this, it won’t matter, but how likely is that?

I also fancy a red card for one of the Brazilian defenders in this one. Marcelo or David Luiz are the prime candidates, or whoever replaces the suspended Thiago Silva. Marcelo and Luiz in particular defend on the ragged edge. It’s all last ditch interceptions, they love to go in for impetuous, robust often daft challenges which have no chance if succeeding, they’re completely unafraid to defend one on one in space, and to bomb forwards leaving space in behind. It does of course enable them to initiate quick counter attacks. Colombia, had they shown a bit more composure, would’ve taken advantage of this.

With or without Neymar Germany is just the better side, they have better players, and manager who’s isn’t hurting them through his myopia. Germany will keep possession, and counter attack selectively. Brazil is at home, where they haven’t lost in a competitive international since 1975, and the crowd will be rabid.

But it won’t be enough. Intelligence will win.

Argentina versus the Netherlands 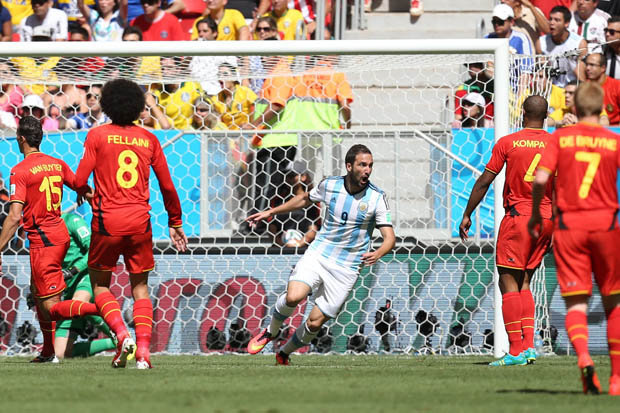 I’m rolling with Argentina, they tried to stick it to Margaret Thatcher and they knocked Belgium out, finally, mercifully.

One last note on Belgium (sorry, but I can’t resist sticking the boot in), they got found out as soon as they faced an attack featuring any semblance of quality. We all know about Messi, but Gonzalo Higuain, much maligned throughout this tournament, played well, and Belgium struggled defensively. Not as much as they struggled to break down a mediocre Argentinean defence. They created so little during the match that they reverted, for the final fifteen minutes, to hoofing the ball to Marouane Fellaini, Romelu Lukaku and eventually centre back Daniel Van Buyten, who went up front. Good sides don’t do this. And it’s always the sign of a fraudulent manager, when laced with some desperation, who’s prepared to condone this garbage.

On a wider point does hoofing it, late on when you’re behind or drawing and needing the win/result, against a packed defence, happy to sit deep and defend a lead, work? I have no statistical data to suggest whether it does or doesn’t, just the eye test. Very rarely have I seen it work, so why not just continue to play football?

That’s what the USA did against Belgium in the second half of their second round match on Tuesday. They created far more chances in a similar period of time than Belgium did against Argentina. Both sides went out of course, so some might say it’s irrelevant nit-picking, but at least the Americans didn’t betray their principles or their abilities.

Will Angel Di Maria be fit for this game? Argentina need his industry, because, let’s face it, Messi is saving himself during these games to inflict maximum damage on the opposition when the chance arises, and quite right too, he’s their best chance.

He’ll be outnumbered against the Dutch back three. I’d be surprised if Van Gaal changed to a back four having gotten this far. Either way the good news for Messi and Argentina is that any defensive formation is likely to feature a combination of Stefan De Vrij (slow), Ron Vlaar (even slower, comically so) and pseudo wing-back Dirk Kuyt (who permanently looks like a rehabilitated cripple running through treacle). Messi can expose them, even in minimal space. So can the pace of Ezequiel Lavezzi, who has started on the left in recent games. The only issue here is Lavezzi’s been pish so far. It would help Argentina if Gonzalo Higuain continued to perform as he did against Belgium in the quarter-final, but as we know, he’s annoyingly inconsistent. So expect the creative burden to be Messi’s again.

It’s hard to see either of these teams dominating possession due to lack of quality in midfield. Perhaps Van Gaal will use Wesley Sneijder in a deeper role as he did against Costa Rica? Mind you it’s one thing to do that against the Costa Rican attack, it’s quite another to put Sneijder in the same vicinity as Messi, particularly if his midfield partner is likely to be Wijnaldum (scrabble score – 22) who himself is a player more inclined to attacking than defending. I fully expect Van Gaal to drop Memphis ‘My mum and dad didn’t have the bottle to name me Elvis’ Depay, and use Daley Blind in midfield (where’s he’s actually better), or reintroducing De Guzman back into the team.

The good news for the Dutch is Argentina’s defence can be exposed without committing the extra attacker, particularly when you have Robben in the form of his life and Robin Van Persie up front. Things could get interesting, tactically at least, if Di Maria isn’t fit and the Argentinean coach, Alejandro Sabella, opts for three midfielders. If that happens and the Dutch elect for pragmatism too, the chances of us getting a stalemate increase exponentially. Let’s hope not.

Despite the shaky nature of their win over Costa Rica the Dutch cannot and should not be written off, as they have Robben, whose fitness against Costa Rica was a marvel. Not so marvellous was the performance of the Netherlands overall. They have some good to very individuals, without question, and a manager who plays to their strengths, but they’ll need to play better than this to beat Argentina and Germany or Brazil in the final.

So I make that an Argentina versus Germany final. Truly a final we can all believe in, unless you support Brazil or the Netherlands and or have money on them. Me? I’m just gonna enjoy the rest of the World Cup, it’s nearly over already, what a bummer. So I’ll finish by saying good night and good luck to everyone.