Boycott the licence fee? Scrap the BBC? Don’t be daft. 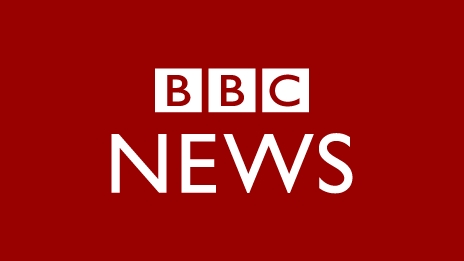 There are more constructive, effective and proven ways to make the BBC change.

There’s been a groundswell of wannabe activism on Twitter, with people wanting to take on the BBC’s perceived editorial slanting in its news reporting, by proposing the mass boycotting of paying the BBC’s licence fee at best, or scrapping its funding completely at worst. This is in reaction to its alleged obfuscation – non or selective reporting – of the vile policies of, and attitudes within, the current Conservative government.

What interests me here is the reactions by some to this Tory favouritism by the BBC and the causation of said reactions. Calling for a boycott of the licence fee shows a complete lack of common sense and rational thought, and it is indicative of the culture of insincere grandstanding that social media can encourage. In some instances it manifests itself with a frothing at the mouth, calling those who oppose this extreme ‘solution’ a socialist charlatan. It’s easy to say ‘boycott the licence fee’, or ‘scrap the BBC’, and have the like minded propagate this shite by Retweeting it. None of this requires any analysis, or consideration of the actual consequences. All it takes is just a few clicks – like closing an annoying pop up advert when you visit a porn site – and it can be done without the need to think things through.

Not only that, it’s illogical and hypocritical. A good few of those calling for the scrapping of licence fee are some of the most vocal in their opposition to the privatisation of the NHS, police, fire and public services.

What’s that saying? ‘Can’t see the wood for the trees’? Trite it may be, but it’s never more relevant than on this issue. This is the way Rupert Murdoch and his sort want you to react, to anything. Tabloidisation, let’s call it, where you’re goaded into lashing out immediately, believing what you read or hear without questioning whether it’s founded on truth, or discerned wisdom.

You could suggest that the budget cuts at the BBC, then the subsequent restructuring (contraction really) of the BBC news division, and the ultimate effect it has had on the BBC news division’s impartiality, are correlated. Maybe the token Thatcherite Tory bastard Lord Patten was planted in his position as BBC chairman by Cameron and his cronies on the BBC trust, and that these changes were bought by Murdoch. Perhaps it was a subversive form of politicking, with it aiming to invoke a burgeoning resentment among weak minded lefties at having to pay the licence fee of a public service broadcaster whose reportage is right leaning.

Now I’m not one for conspiracy theories, but it would make sense that if there was an insidious plan to drum up support, or to start up a movement to get rid of the BBC, that this was it. Circumstantial evidence also helps the theory along. Murdoch is on record, through his cunt kid Jamesie, the he would love to see the BBC’s public funding withdrawn. Thus making the UK TV market a commercialised free-for-all. It also would cause a mass upheaval and restructuring in the TV organisation which attracts the most viewers, and force it to find the revenue to survive through other means. It would have to play by the rules of others and enter into a commercially competitive arena which favours Sky’s infrastructure, programming and target audience.

The fact that people seem to have forgotten, spectacularly, is the BBC news division represents only a small percentage of the BBC. The insinuation that it’s ideologically representative of the organisation as a whole is bizarre and quite frankly fucking embarrassing. It’s a vast organisation with many different kinds of people making vastly different kinds of programming. And why is it like that? Because it has a mandate, a responsibility, to make a variety of shows that represent the diverse demographic profile of this country; from The Thick Of It to Nigel Slater’s cookery programmes, Blue Peter to Match of The Day, from shows made by Charlie Brooker to David Attenborough. Some of these shows are better than others, and that’s where we as viewers carry influence on which should remain, change or be binned.

Which brings us to the crux of the matter: there are better ways to change the BBC. Complain to Ofcom and the BBC and give reasons and evidence as to why they’re failing to be impartial. Boycott shows or specific sections of the BBC which you dislike. The BBC has to justify its licence fee, and if it’s losing swathes of its audience to other media and TV channels for poorly produced and researched, or even biased programming, then that’s when it comes under pressure. Eventually those whose jobs it is to oversee its prosperity will come under pressure to make the necessary editorial changes to bring people back.

For example, when the BBC’s funding was squeezed a couple of years ago two of its arts stations were threatened with the axe – BBC Four and BBC Radio 6 Music. I’m a huge fan of both and my life would be worse without them. And guess what, a lot other people felt the same way. So did we call for the BBC to be scrapped altogether because it was trying to do something we disagreed with? No, of course we didn’t, we campaigned and fought for them to be saved, and they were. And why is that? Because the BBC is funded by us. If it wasn’t we the audience wouldn’t be encouraged and feel empowered in any way to do this.

You might not like the fact that we feel we need to demand impartiality from the news division of a public service broadcaster, but it’s our responsibility to hold it to account, and it always has been. Just as it’s always been with the NHS, whose mistakes are always scrutinised publicly, for our benefit. So why willingly devise ideas for campaigns that would give up our right to do the same with the BBC?

1 Response to Boycott the licence fee? Scrap the BBC? Don’t be daft.