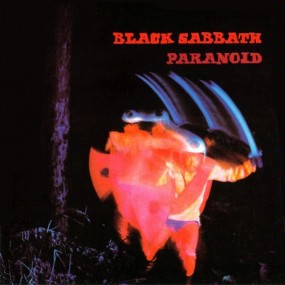 I’ve always been aware of Black Sabbath’s place in the musical canon and their importance to others, but this never tempted me to attempt any of their albums. Until recently. Why? I’m honestly not sure. Trying to restrain yourself when using Soulseek isn’t easy at times. There was a lot of shite released this summer I suppose. Yeah…anyway.

For so long the main problem I had was what I thought they would sound like. I hate feeling like an ignorant twat, or knowing that I have been. So that makes it hard to fight against any pre-conception, mainly because most of them turn out to be silly when properly challenged.

Talking of silly pre-conceptions, case in point, what Sabbath have been credited for, and how they’ve been credited for it, didn’t help my perception of them. Particularly when kitsch, mindless throwaway tags such as ‘the pioneers of metal’ are used. Any genre of music that is associated with ‘metal’ is instantly treated with severe scepticism by me. For example Thrash Metal is essentially pointless, and for poseurs. This is a fact. I’ve tried it you see.

My perception of their sound was jaundiced in a two step process. Firstly by a shitty video of an early eighties song which shares the same name as the album ‘Bark At The Moon’ by Ozzy Osbourne, which, bad enough as the song is, was run into the ground on VH1 in the mid-nineties. The video for ‘Bark At The Moon’ had terrible lighting, and smoke effects, and a probably – no make that likely – off his tits Ozzy running around trying to look sinister and deranged, but ending up just looking like a ridiculous twat. I took it as evidence of the garishly cheap clichéd Gothicism which I believed all of Black Sabbath’s lyrics were informed by. It fed my notion that this was music for leather jacket wearing loner single men, either in their mid-forties (and on the verge of a midlife crisis) or late teenage years.

Secondly, how I and many others born post 1980 have been exposed to Ozzy Osbourne hasn’t helped the modern perception of Sabbath, and more importantly encourage those of us to give it try. There’s his well documented metamorphosis from Alamo urinating junkie (borrowed nostalgia alert!) into a manicured caricature old rocker, with his hair freshly dyed and his perpetual wearing of a solemn look, like that of a condemned man set to be beheaded if certain demands and conditions aren’t met. It’s distasteful enough that Ozzy’s ‘journey’ is now sold as an aspirational outcome for rock legends alike, but the assumption that what we’re presented with is what we wish the dysfunctional family dynamic surrounding an aging rocker should be, is even more so. This demeaning and garbaging of Sabbath, Ozzy and your intelligence through Reality TV was done purely for money him and his awful grasping wife didn’t need.

Sabbath’s early catalogue deserves better than to be associated with any of it. What we all need is to hear Sabbath’s early albums. And that’s why I’m doing this review, as I finally ignored the celebrity pop culture money making incarnation of Ozzy and just listened to the music. That’s all you need. There’s a reason his and Sabbath’s names are still relevant, even if you’d have no idea why from just looking at him today.

I’ve picked these two albums out because they’re the two best from their first six albums. After that things started to, well, go a bit shite. They made the dreadful ‘Technical Ecstasy’, the atypical ‘we need to experiment with our sound’ album. Those always work out well. Then the eighties cynical stadium rock era arrived and Sabbath cashed in with songs to suit. After years of celebrity largesse and enough drugs to kill an Elephant, Ozzy, well, became the confused and stiff Ozzy the younger of us are more familiar with. Think of a decline similar to the Stones after Mick Taylor left, only multiplied by a thousand.

But before all of the retrospective tagging and celebritisation of a fucked up Ozzy this lot made rock music, and bloody good rock music at that. Their first four albums in particular share more in common with Led Zepp and Deep Purple than say Judas Priest.

Even so, I did start to wonder if I had been right all along. The first song on ‘Black Sabbath’, which is titled ‘Black Sabbath’ (of course) was what I was expecting compositionally and lyrically. I winced when I heard ‘Satan’ referenced, and I rolled my eyes at that slow heavy throbbing laborious guitar that suddenly sped up for no good reason. Thankfully it’s the exception rather than the rule, not that it’s a bad song, but there was much better to come. The best song on the album is ‘Warning’. It starts with a heavily sinister baseline, before Iommi’s guitar pinches rhythmically, and then Ozzy gets straight down to the business of painting an analogous landscape for relationship melancholy and the impressionable male psyche. That raised an eyebrow, it was a level of sophistication I wasn’t expecting. The middle of the song is a self indulgent head rattling opus of guitar solos and head banging, before a bridge at the seven minute mark essentially restarts the song and we came back to where it started, and then you hit repeat.

Now, we’ve all heard the song ‘Paranoid’ at some point, right? My basis for this assumption is even I had, but having gained a greater knowledge of their early catalogue, it isn’t one of their better songs. The real strength of ‘Paranoid’ as an album lie in the songs ‘War Pigs’ and ‘Planet Caravan’, which compositionally at least, was a real surprise. It somehow manages to be completely out of place with the rest of ‘Paranoid’ and yet not seem to matter at the same time. Ozzy’s voice is distorted in a slurring fashion, allowing it to melt over a mellow baseline. The pacing is unaltered throughout and the lead guitar is dubitably and suitably restrained within the song’s overarching tone. If you didn’t know it was made by Sabbath you’d assume it was made by one of the late sixties to early seventies LSD infused experimental Psychedelica bands, like Hawkwind or even Embryo. In fact many aspects of the song have quite a lot in common with the Syd Barrett incarnation of Pink Floyd. You forget of course that Sabbath were of that era, even if their sound, or better yet the genre they were retrospectively and sloppily given, isn’t considered synonymous with it.

Lyrically ‘War Pigs’, is some of their best work. It’s an anti-war song imbued with an Orwellian perspective of War, ‘Death and hatred to mankind/Poisoning their brainwashed minds’ and its underlying hypocrisy ‘Politicians hide themselves away/They only started the war/Why should they go out to fight?/They leave that role to the poor’. The song successfully fluctuates between morose and gritty, and sparse and convoluted to match its lyrical content and to accentuate nuance and meaning.

‘War Pigs’ best emphasizes the linear and impressively quick improvement in the band’s song writing in the time between the making of both albums. They’re able to combine Gothic imagery with a contemporary political commentary, and make it work; ‘Generals gathered in their masses/Just like witches at black masses/Evil minds that plot destruction/Sorcerers of death’s construction’. This alone makes ‘Paranoid’ a clear step up from their self titled debut. But both are worth checking out.

And to think that all this time Black Sabbath were great, actually bollocks to the ‘were’, their early work still is, and better still, interesting. Who knew?