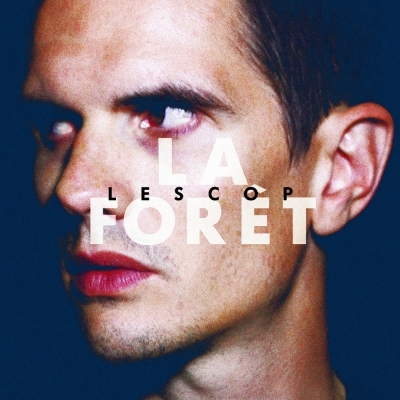 When I was a kid my parents told me that the French made shite music. Now when you’re young you tend not to vociferously question the wisdom of your parents – that’s why teenagers are such arseholes – so you accept this as true. For me this acquired wisdom about songs sung in French, by people from France no less, was debunked a long time ago. Like any other country there’s good and bad to be had, but ignorance of what to look for can make the good stuff harder to find. It’s easier to be lazy and assume your pre-conceived notion is correct, than be open minded and challenge it.

Even so in the internet age it continues to astonish, by and large, how insular the English speaking world is when it comes to accepting music from non-English speaking countries. At least many have reached the point where they can accept Omar Souleyman’s sound as authentic, mainly because his idiom matches the ethnic composition of his songs. But the use of non-English vernacular, when transposed with more popular and conventional genres which we consider to be ours, is always treated with suspicion, or even worse derision. In many ways it’s the opposite effect that the film critic Mark Kermode jokingly remarks happens in film: where a film made in French, or Italian, or German, with the same plot and budget as one made in English, will always seem more intelligent because it’s in another language with subtitles.

Right then, what does this have to do with Lescop? We’ll he’s French and he sings in French. His songs are also highly derivative of canonical 80’s post punk and new wave. On paper it seems a hazardous combination, but it works for the listener, and in the case of this listener one who can’t speak a lick of French.

That it works shows that Lescop’s doing something more than just releasing an album: he’s fighting against conventionally informed ignorance. For some folk the only exposure they’ll have had to French being used passably in a song that could be defined as ‘successful’ and ‘mainstream’ would be Debbie Harry rapping in Del Boy French on ‘Rapture’. That was clearly ironic, as were the band, so it worked. In his own way Lescop is being ironic too. On the first song of the album ‘La Forêt’ – the same title as the album – the voice of some giddy cockney lass butts in near the end, as the song begins to fade out; ‘oh I love Lescop, he’s so cute isn’t he?’ Meanwhile wine glasses click in the background. This shows he has a self deprecating sense of humour. You sense he knows his success, or subsequent success, will be symptomatic of how the English speaking culture is now beginning to accept foreign music, because it can now be easily accessed, as much as it’ll be about the quality of his songs. Plus, ‘getting’ foreign music is trendy kitsch for the hypsters these days. Innit. Like. Safe. Yeah.

Still, let’s not throw Lescop in with fraudulent cunts like Mumford & Sons, he deserves better than that. He’s not created some wannabe Indie persona in an agonisingly desperate attempt to appear authentic, and he’s obviously put a lot of thought into what using this sound would mean and how it would be perceived. He does wear his influences on his sleeve, and you sense he knows he needed to. In the video for ‘La Nuit Americaine’ he gives off a brooding, detached Ian Curtis vibe. And the songs themselves are all very Comsat Angels, with a bit of Echo & The Bunnymen, and some Cure, circa ‘Seventeen Seconds’, in there too.

So while it may be derivative – the popping keyboard effect on ‘Tokyo La Nuit’ comes dangerously close to the one used on the Psychedleic Furs’ ‘Love My Way’ – the man clearly has an ear for a killer melody. The two best songs on the album are ‘La Nuit Americaine’ and ‘Ljubljana’. ‘Ljubljana’ is the one I’ve played the most. The baseline builds slowly at the start, before the unobtrusive guitar and drums arrive on top. He rightly decides to not interfere with its killer guitar hook by saturating it in lyrics when it takes centre stage, instead embellishing it correctly by vocally mimicking it. Then his voice, dry and tonally melancholic, guides you to chant of ‘qui brillaient, qui brillaient, qui brillaient’. I have no clue what it’s about. I do know that Ljubljana is the capital of Slovenia, but that’s the entirety of the context I can apply.

Listening to this album reminded me of the inverse experience of listening to Scott Walker’s recent release ‘Bish Bosch’ for the first time. No, seriously. While some of the imagery conjured by Scott Walker’s lyrics are inaccessible, as you have to supply them with a context, namely your own, in most cases you still have no idea what Walker’s is, but because you choose not to and or in my case simply can’t decipher Lescop’s lyrics, the catchiness of the songs is what makes their lyrical inaccessibility irrelevant. If you haven’t listened to ‘Bish Bosch’ or ‘La Forêt’ that comparison probably won’t make sense. C’est la vie it is then.